A Run and Some Muffins

I took the liberty of revamping my little space here on the interweb. It's still very much a work-in-progress but I think I'm liking it so far.

I ran a 5k last Sunday and then somehow managed to not run at all the rest of the week. I've run a total of 5 organized 5k's and I was pleasantly surprised to learn that this was my 2nd best time-wise. So today was all about trying to get back into the game. I headed out to Alki beach to enjoy some scenery and hit the pavement. 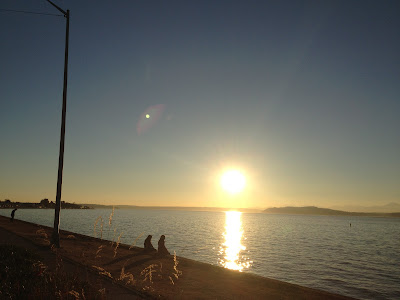 It was seriously the perfect evening to be outside. Not too much wind and it was cool enough out to keep me going. 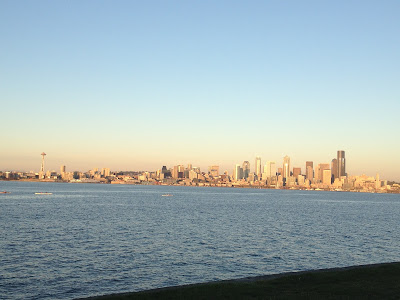 And then I promptly returned home to bake.

I found a rather nostalgic recipe in my recipe folder earlier today and just had to make it. We had two sorry looking apples in stock and they were begging for a makeover anyway - it was meant to be! It's a recipe I actually remember making back in my youth. I think I'm officially old enough to say things like that. Please don't tell me otherwise.

I have no idea where this recipe really came from but if you go to my parents house and browse their recipe box you'll find a card in my handwriting with this baby on it...


Directions
Preheat oven to 400*.
Whisk egg. Stir in milk, apple pieces, and oil.
Stir in remaining dry ingredients just until flour is moist.
Pour into muffin cups and sprinkle tops with a mixture of 1/4 cup brown sugar and 1/2 tsp cinnamon.
Bake for about 20 min and remove from pan immediately. 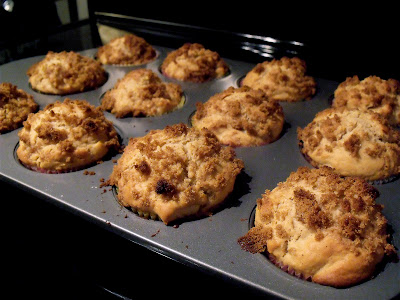 I think they make a pretty tasty muffin... tasty enough to eat multiples in one siting. But don't ask me how I know that. 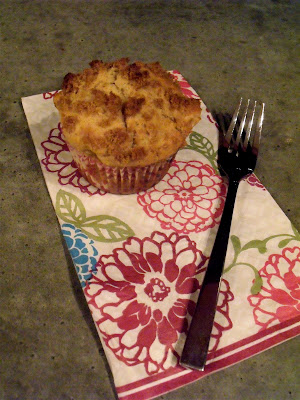 Eryka said…
I like the makover! And I miss living so close to Alki--running in Arbor Heights isn't as beautiful and has way more hills.
10:36 AM

Anonymous said…
I remember those muffins!! Will have to find that recipe card and make them. We also have some questionable apples laying around. Great scenery for running.
Mom
3:55 PM