Back at it again

Whoops.
It's been a while since I last blogged ...again. My bad. I'm feeling newly inspired though so I'm hoping it sticks with me this time. This inspiration mostly stems from talking to my friend Eryka who is a pretty legit blogger I discovered. Check her out!

I'll do a quick catch up and then in a few days I'll try to dedicate a post to a wine trip the husband and I took to Wenatchee about a month ago (that's a town in Eastern Washington for you out-of-staters). Not much craziness has been going on in my world. Fall is in full swing in Seattle so I decorated our table to play the part. 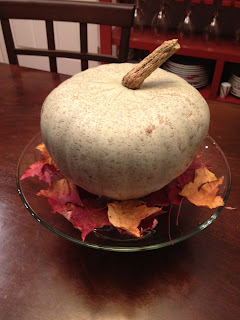 That's a sweet meat squash, if you're curious. We don't have any other fall decorations (if this even counts) so our fall decor tour will conclude there.

In other news: I got a sewing machine! 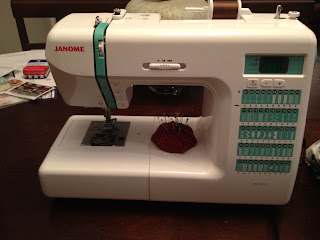 I haven't really truly utilized it too much but I have big hopes to make some skirts and other girly things in the future. I made a reversible sewing machine cover (my first project) 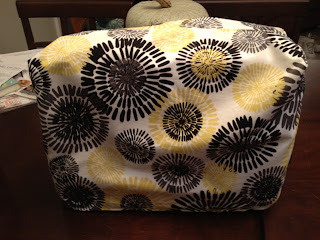 ...and some pillows for our couch 'cause you can never have enough pillows.


In food news: I tried making crumpets and it only went so-so. 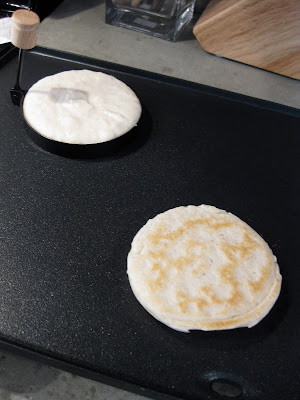 There's a place right near Pike's downtown - The Crumpet Shop - that has the best crumpets but I don't know that I could ever make something so tasty.

In more successful food news, I made a delicious cheesecake - twice! It was a vanilla bean cheesecake with fresh raspberries on top.


I also made a variation of pumpkin spice muffins for an early Thanksgiving event we had with my community group today. I followed the beloved Pioneer Woman's recipe but I didn't have any ginger so I used some pumpkin pie spice instead. And instead of pumpkin puree I used a homemade sweet meat squash puree (I was told it is easily substituted for pumpkin). The husband has a great-uncle in Oregon who has a big farm and on this farm he has some squash (e-i-e-i-o). So we acquired a bunch of pretty squashes - which I've used for both food and decorative purposes. How perfect! I thought the muffins were great but I think I may have ended up preferring them without the frosting. 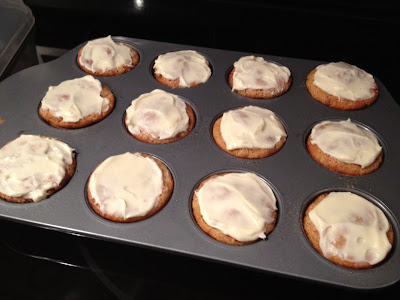 I suppose that'll do it for now. I'll try to be back again before the end of the week - that seems like a realistic goal for me, right?
Labels: baking sewing

Eryka said…
WOW! So many cool things happening in your kitchen. Since I had the privilege of eating at least three of those yummy desserts, I can attest that you are an excellent baker. That cheesecake was seriously the bes cheesecake of my life. And your little pumpkin muffins were quite tasty and versatile--dessert or breakfast!
12:12 PM