This weekend has been rain-filled but lots of fun. It all started with David's birthday on Friday! We didn't do anything major, it mostly consisted of sleeping-in after the Harry Potter midnight showing (Awesome! Though I didn't capture any good photos!), homemade buttermilk Belgian Waffles for the birthday boy, 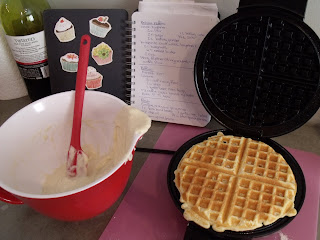 It wasn't organized around David's birthday (OR my birthday which is TODAY). It was planned waaay back in January-ish by some friends who didn't even know it would be a birthday weekend.

We camped with six other friends on Baker Lake (Panorama Point specifically) about 2 hours north of us. We went up Friday afternoon (taking a detour at an outlet mall where I made out pretty well!) and came back just this afternoon.

Such a beautiful lake 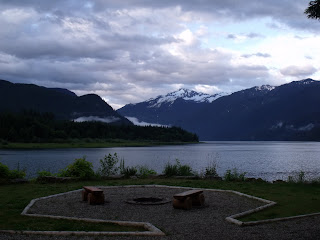 The views were stunning so long as it wasn't raining. 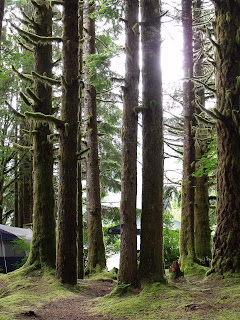 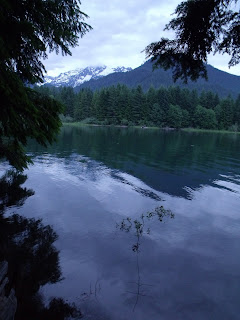 We enjoyed all kinds of great food. The kind of stuff you really only eat when camping...

like an orange-y cinnamon roll. You take an orange, cut off the top, scoop out the insides (jack-o-lantern style) and cram a ready made cinnamon roll in there (the kind from the pop-open canister things), and pour a teensy bit of milk in... 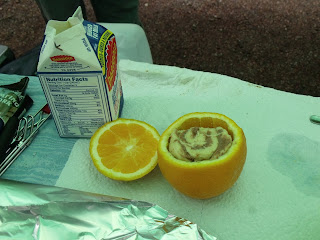 ...wrap it in foil, and throw it on some campfire coals! 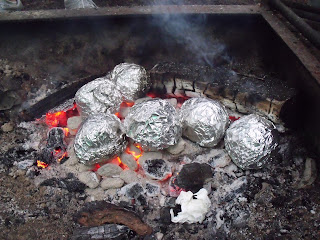 Wait PATIENTLY for it to cook, then tear it all open, plop some frosting on it and inhale it. 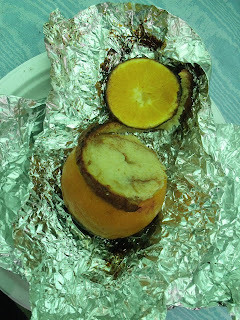 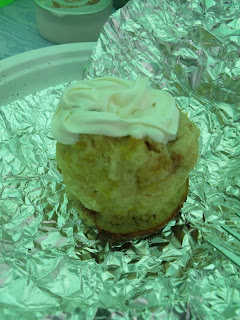 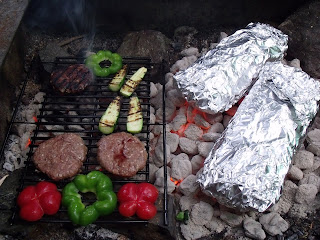 The rain almost always managed to come right after we were done cooking our meal over the fire - so it worked out pretty well. But I did get a picture of some die-hard campers (husband David, Tim, and Amie) as they were finishing cooking their dessert breadsticks with cinnamon/sugar whilst it was POURING... 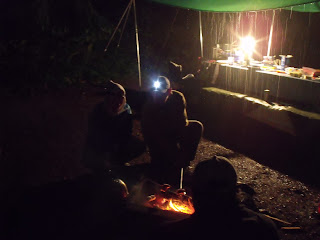 See all the rain in the upper right background?? 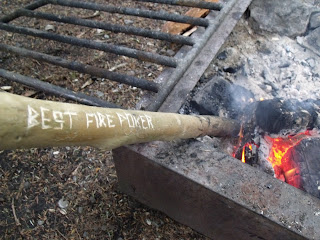